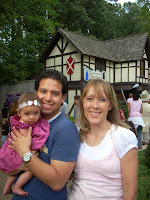 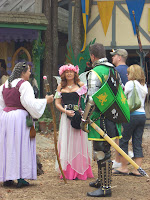 into sixteenth century bodices..." was how the Maryland Rennaisance Festival was once described. See for yourself! 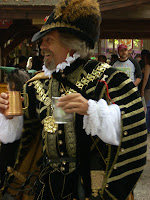 Nate and I went for our second year, this bringing a post-utero Mayumi. We had a BLAST--people watching, mostly, but thoroughly enjoyed the entertainment, fabulous weather, and excellent craftsmanship. See the pictures below--"ask a hermit" (seated on the ground), "Madame Blainsworth" (crazy hat, making eyes at Mayumi), "The Rogues" (a fabulous Scottish bagpipe/drum/fiddle ensemble in the background of the picture featuring a held-up Mayumi 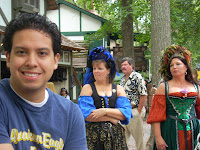 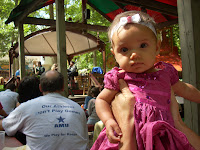 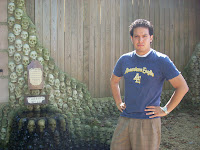 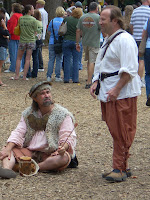 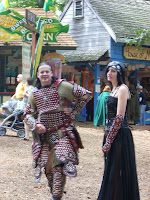 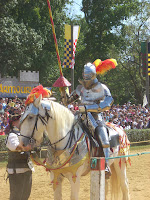 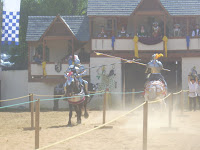 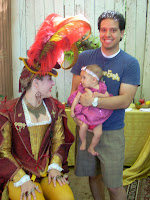 Fun appeared to be had. Cute little Yumi in pink.

Wow!!! So fun!! Seriously PINK is her color! So adorable!

Long time no talk. I was on the jerusalem site, and saw your blog link. How are you? Lots to catch up on. We have a website, www.jakeandshelley.com