Cheesy on the outside

I wanted to finish my Project Fresh (or 'month of local') with a bang: homemade cheese. I had to start by getting A LOT of milk from our local 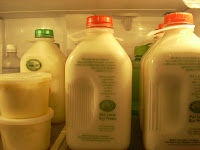 dairy--an expensive and refrigerator-consuming task. It so happened that we 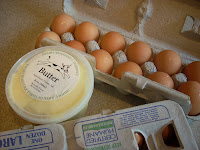 ordered butter for the first time from SMC AND some half-and-half--so we were stocked with dairy. Those of you who are surprised (shocked!) that I bought butter, rest assured that it is for Mayumi and not for me. :-)
I ordered cheese from 'Ricki the Cheese Queen.' 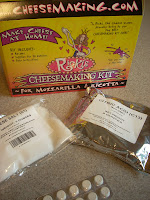 I found her online even before reading about her in 'Vegetable Animal Miracle' by Barabara Kingsolver. I ordered two kits--mozzarella/ricotta, and hard cheeses (to make Parmesan). I was excited to begin and made my first effort on Sunday. Unfortunately--I failed. I tried again on Monday--even worse. 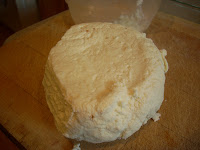 My first attempted yielded a mozzarella-like product (that is delicious!) that, although ungrate-able, was slice-able, and I tossed it on top of some lasagna (see below--left). The second batch basically turned into cottage cheese. Delicious, but totally unsatisfactory as far as I am concerned. Sigh. I still had to use it to top a second lasagna, as I was making two (see below right). 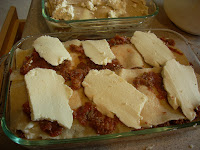 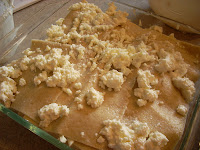 A short video, staring Mayumi and my hand.
I've had more success with peaches. We have long since run out of apple sauce and sugar--which although we don't use TONS of the latter, we still do use a bit of the 'Sugar in the Raw' almost on a daily basis. And applesauce-who can live without applesauce when you have small kids? 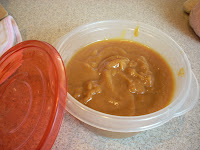 So--I made peach puree, with which we have sweetened our greenbean puree ('greach' is what Nate is calling it). So 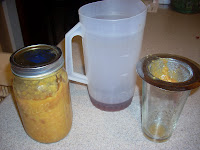 me of that same puree, strained, went into our iced herbal tea (Teavana--NOT local but super delicious) as a sweetener. Not too bad. 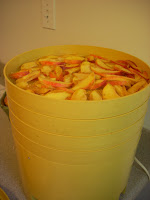 another 'staple' in our house: raisins. I dried a bunch of peaches and cut them into little chunks. Tasty! But I ate them almost as fast as I dried them so very few (none, really) were left for storage. Sigh. 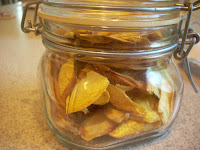 I plan on using this food dryer a great deal. Here I've dried some oregano from our garden. I also dried a bunch of basil in the oven. 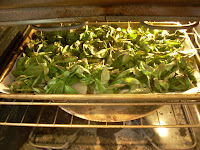 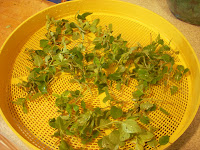 Thanks to my buddy Nicolina, I keep on trying new bread recipes. 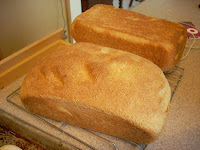 And I made my own hamburger buns, filled entirely with local meat and produce. 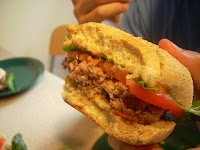 Difficult to see, I know, but in this pan are homemade ravioli in a light cream (SMC) sauce. 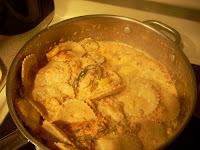 This month has also seen my first attempt at cooking okra. AND eggplant. I decided to knock both of these mystery vegetables out in the same meal. Not terrible (but not awesome).

Soaking the eggplant (on the left, submerged in salty water). 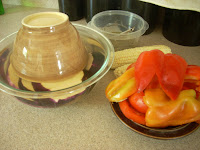 This doesn't look so bad--but the olive oil and lemon sauce is really what made it tolerable. 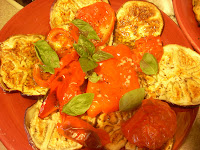 Breaded and oven-fried okra. Weirdly--Mayumi loved it and ate her entire portion. 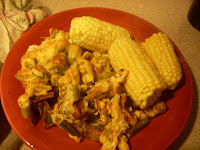 We have basil come out of ears but have run out of Parmesan. So I made 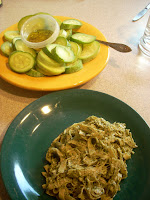 parm-less pesto, and tossed it with mozzarella (not of my own creation) and homemade noodles. It was tasty. Nate could tell the difference but I was happy with it.
One of my favorite meals of the last week turned out to be enchiladas with a homemade tomatillo and jalapeno sauce. Yum! Filled with local chicken, beans (from our food storage), and local corn. Topped with local cheese. 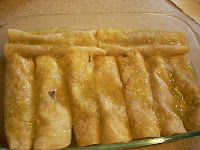 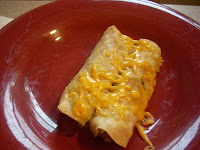 If your cheesemaking ventures continue, you should check out Cheesemaking Made Easy: 60 Delicious Varieties (http://www.goodreads.com/book/show/1270920.Cheesemaking_Made_Easy)